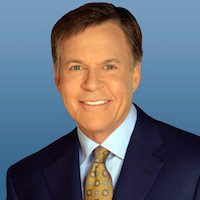 “In memory and legend, the ABA is symbolized by Julius Erving, a red, white and blue ball, the three-point shot, and its wide-open, free-wheeling style of play. The Spirits of St. Louis, the team I called games for, lasted only two years, and they are often also cited as a prototypical ABA team.

And yet, here is the truth: THE ABA franchise, THE league flagship was the Indiana Pacers. Winners of three of the league’s nine championships. One of four to make it into the NBA. And the only one of the four with the same hometown and the same team name from 1967 to the present. From coach Bobby Leonard, to league luminaries like Roger Brown, Mel Daniels, Freddie Lewis and Bob Netolicky, the Pacers were in many ways a model franchise. But like all ABA teams, they were brimming with characters. And as a business they often teetered on the brink.

Here is their fascinating and enduring story as told through the eyes of Bob Netolicky and others who truly lived it. If you loved the ABA as I did, or are simply curious about a fascinating slice of sports history, you will love this book.”
— Bob Costas 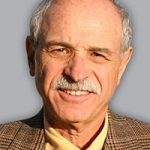 “The Indiana Pacers, with three Naismith Basketball Hall of Famers, were one of the greatest, most forgotten dynasties in basketball history. The irrepressible Bob Netolicky helps tell their story. Perhaps more forgotten, because the NBA probably wants it that way, is the fabulous influence the ABA had in modernizing and popularizing the NBA — with the three-point shot, dunk contest and liberal style of play bordering on the playground ball with flair and fun that has become so popular. The ABA never had the finances to compete, but its rollicking history was a blueprint for the freewheeling and fabulous NBA of today.”
— Sam Smith, author of “The Jordan Rules” and the newly released “Hard Labor”

FRIENDS OF THE ABA